So I haven’t had a non Nintendo console since the PlayStation 2. Which is ironic as the first game I truly loved was Lego Star Wars, which I played on said console. The point here being that I missed out on a lot of cool exclusives over the past decade or so. A PlayStation Now subscription has gotten me through some of those, and my gaming PC is basically an Xbox at this point, but my single player game thirst simply wasn’t quenched. The thirst only grew with the announcement of the PlayStation Plus Collection, 20 of some of the best experiences I had missed! So it was decided, I was going to grab a PlayStation 5 as soon as I could!

As you know now, getting one of these things is almost impossible. Either I had the money but couldn’t stick the purchase, or I found listings at times I couldn’t afford to just spend willy nilly. Finally though, in the past week, my stars aligned. Sort of. If you want a feel for the whole “experience”, I’ve made an infographic of my journey for you!

So yeah, like the infographic states, ended up with a GameStop bundle. An extra controller, three games (including one I already had), and a $40 GameStop gift card. Still, finally, after 5 days of waiting, the thing was in my hands, and look at this beauty… 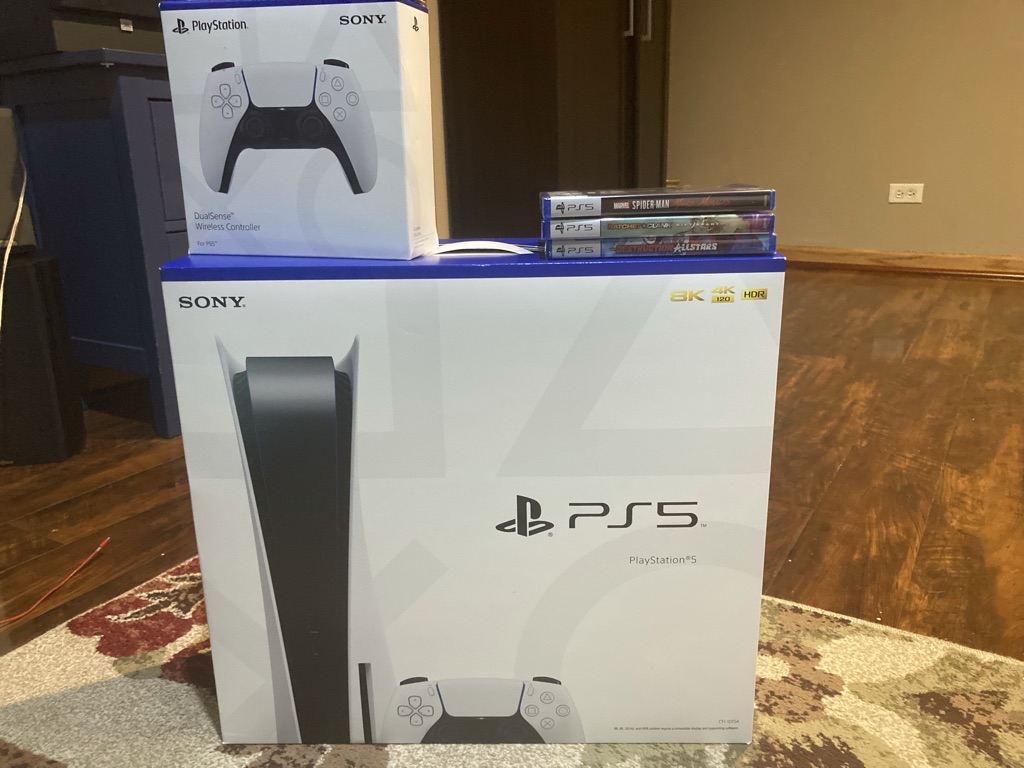 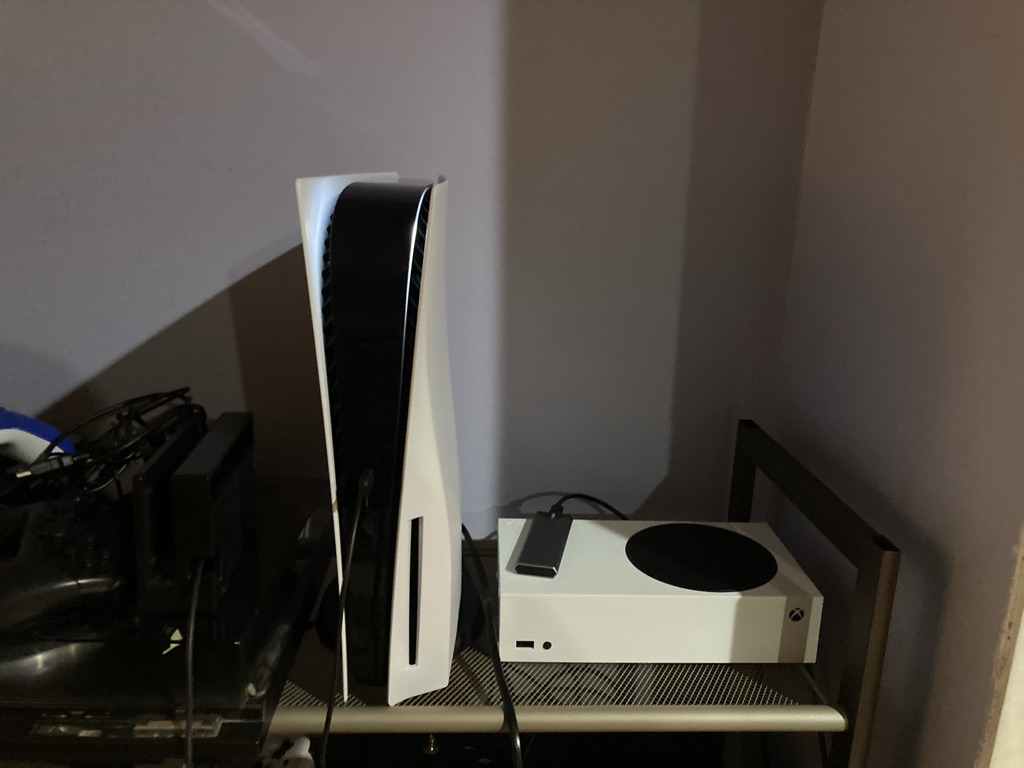 My former roommate says the PlayStation has a “slut strut” and I can definitely see it. If the PS5 were a woman, it would for sure be a siren, showing off as much as possible and being horny on main. It wants to show itself off and take up space. Meanwhile, the Xbox Series S right next to it (more on that in another post soon) is minimalist and, well, boxy. It’s functionally good looking sure, but it ain’t got style. Many are divided on the PS5 look, and let me put in my word here and say I quite like it. Sure it flashy and fits with nothing else anywhere, but that makes it unique and stand out from the boring slabs much of modern technology is.

Another place where my opinion may diverge from the norm is the PS5 menu system, it’s great. It’s fluid, almost everything is integrated for easy access, I find it a joy to interact with. The Xbox menu always feels “signature Microsoft”, everything in sub-menu upon sub-menu. That’s…well it’s not amazing for say a file hierarchy but it’s functional. Game systems are meant to be quick and convenient however, and even if Sony’s system isn’t the most clear, once you know where things are and how it should function it’s all easy to navigate to.

On the topic of games, I’ll mostly abstain. Since I spent last generation on the Wii U/3DS/Switch dream trio with a middling PC thrown in for some cross-gen stuff, basically any game from even last era is a new fun experience for me. However, I will say that some of the PS5 exclusive games I’ve clocked are noticeably improved. For example, Spider-Man Remastered on the PS5 already has nice enhancements to the 2018 masterpiece, but Spider-Man: Miles Morales even already has noticeable improvement in graphical fidelity and ray tracing performance. The big get in my opinion, in both new and old games, is the SSD. Load times are basically a thing of the past, even the NVMe SSDs in my computer don’t feel as blazing fast as this.

So far, my PS5 experience is extremely positive, and I think Sony really has a tough console to beat. As I play more with it, I’ll be sure to talk more. For now though, I can say if you can grab one, take the leap and purchase. It really is something special, and we’ve only just seen a small piece of what this hardware is fully capable of. With time and software support, I’m sure we’ll be taken to breathtaking magical experiences that shouldn’t be missed.